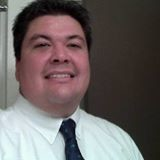 David was born in 1976 in Grand Rapids, Michigan. He is the youngest of four children, and was the only one of the four born in the United States. His mother and three siblings were born and emigrated from Thailand.

In 2001, David earned his Bachelor’s Degree in Accounting at Baker College in Flint, Michigan. He began providing accounting and tax services for individuals and small businesses in Metro Flint and Detroit. In 2005, David expanded his services to governmental and non-profit organizations in Northern Michigan while practicing in Petoskey.

After David became certified in 2007, he relocated back downstate to expand his practice in West Michigan and Mid-Michigan from his office in Potterville, Michigan. In 2014, David expanded his services to southwest Michigan and has an office in St. Joseph.

David has a Master’s Degree in Taxation from Grand Valley State University.

David is a proud member and officer of the Lions Club of St. Joseph and the St. Joseph-Benton Harbor Elks Lodge #541. He is also a member of the Michigan Association of Certified Public Accountants.